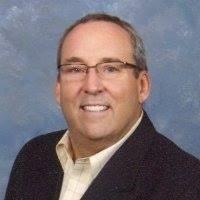 A PNH survivor for more than 25 years, Stephen King speaks about his life as a patient and an advocate in both formal and informal roles -- and offers advice for newly diagnosed PNH patients.

“I’m an engineer with a problem-solving orientation,” says the medical software manager from Atlanta, Georgia. “After my diagnosis, I thought, now that you know what it is, let’s fix it. It took a little time to sink in that there was no quick fix, and I had to learn more about it.”

Stephen was diagnosed with severe aplastic anemia in 1985 and with PNH in 1988. “At the time, there was little information about bone marrow failure and few treatments,” he remembers. “There was no Internet. Medical texts had three or four paragraphs mainly calling attention to how poor the prognosis was, but no significant information about the disease,” he recalls. “I went into my treatment not knowing what to expect.”

“My aplastic anemia diagnosis was made at Kennestone Hospital in Marietta, Georgia. I was informed I might have a rare disorder, which had never been seen at this hospital before, and they were requesting a consult with the hematology department at Emory University Medical Center in Atlanta. Emory confirmed my diagnosis, and it was recommended I seek treatment at the Fred Hutchinson Cancer Research Center in Seattle, Washington. I had been discharged from the Marine Corps a couple of years earlier and was a senior at the University of Georgia at the time.  My student insurance would not cover this type of treatment.”

“While having a discussion with the hospital staff, I was made aware that as an honorably discharged veteran, I was eligible for treatment at the Veterans Administration. I was transferred to the Atlanta VA and prepped for the trip to Seattle. As it turned out, the Hutchinson Center was one of the supporting facilities for the Seattle VA hospital. I was there for close to four months, and I received great care there.”

In 1988, while working in Europe, Stephen started to recognize some of the same symptoms he experienced with aplastic anemia and decided he needed to return home. “I was living in California, and by the time we landed, I had developed blood clots in my knee. I again was admitted to a VA hospital, this time in Palo Alto, CA where I was diagnosed with PNH.”

“Each time I was treated at the VA, they made it clear that I had to be involved – I had to get up to speed with my medical diagnosis and my options, and I had to make decisions – not be a passive bystander in my own treatment.  So my self-advocacy orientation began right there. The team, from the nurse on down the line, all stressed that as my treatment team, I could help them by being as self-aware and engaged as possible.”

Even though information on bone marrow failure diseases has increased exponentially in the years since Stephen’s diagnosis, he’s assumed multiple roles in helping spread overall awareness and helping newly diagnosed patients become active self-advocates. Today, Stephen continues to learn and further his knowledge, and pass this on to various groups. “I finally got to a place where I realized the only way people would know about these conditions was if patients like me took the time to speak about them,” he states.

“I attend AA&MDSIF conferences, Atlanta's Community of Hope meetings and other gatherings, and sometimes I speak at them. I have made a lot of friends at these conferences, and the more PNH patients and families I meet, the more effective I can be.  I really like participating in this setting because everyone present has a personal connection of some sort to PNH and the other bone marrow failure diseases. Some are newly diagnosed and determined to get up to speed as fast as they can.”

“In my job, I meet nurses and doctors, mainly in the home care/hospice setting, and conversations can lead to discussion of bone marrow failure diseases. I try to raise the profile of these diseases to them, and because they’re so rare, many of the professionals I meet have never encountered these diseases in practice, even though they may be somewhat aware of them.  But as diagnoses increase because of improved research and testing, more practitioners will be seeing these in the clinical setting.”

“There are also quite a few nursing programs here in Atlanta. I have visited some of these nursing schools and other clinical groups with materials provided by AA&MDSIF which represents a cross section of the programs and services offered by the Foundation. Nurses have so much interaction with patients, so it’s good to introduce them to these disorders while they are still students -- when they’re making a decision about what they might specialize in.  I let them know there’s a need for nurses who are familiar with bone marrow failure disease.  I have been able to meet with students, program directions, department heads, and even the deans of these nursing programs. Of course I speak about AA&MDSIF, but I also talk about what it is like to be a patient with PNH and how I have been helped by health professionals specializing in this area.”

Stephen also serves on the AA&MDSIF Board of Directors. “We have an extraordinary group of Board members. They are all connected to these diseases in some way, and they volunteer their time to meet and talk about what can be done to support patients, and to make AA&MDSIF the definitive source for patient support and education.” And at the American Institute of Biological Sciences, he sits on a panel of patients and health professionals where he assists in reviewing grant applications for military research programs related to blood cancer and bone marrow failure.

“It’s natural for new patients to want to know everything at once--labs, treatments, and other options -- but it soon can become overwhelming for many of them. Education is key, and the process unfolds in layers -- first you get the basics and then move on to the more specialized areas. Self-education is critical.”

“Not only must you learn about the disease, but the disease tells you a lot about yourself. There’s a big difference here! It’s easy to let it consume and overwhelm you at first. There’s fear of the unknown, and you have to confront it. This is a really big part of self advocacy – standing up, directing aspects of your treatment. You have to tell you doctors how you feel, what has changed, and where you stand.”

“Even when you feel bad, you can’t get lost in the disorder. Be aggressive in living. Find outlets and continue to do the things you enjoyed doing before, unless there’s a medical reason why you now can’t. Don’t let the PNH define you – continue to be who you were before.”

Stephen’s life as a PNH patient is not without its challenges, but his outlook is positive. “Next year will mark 30 years since my diagnosis, and I have now lived more years with PNH than without it. But the disease is unpredictable and can become life-threatening quickly. So I often wonder what the future may hold. But the comfort is that I know myself. I have great family, great friends, and a close connection to my God,” he says. “I have a very good quality of life.”